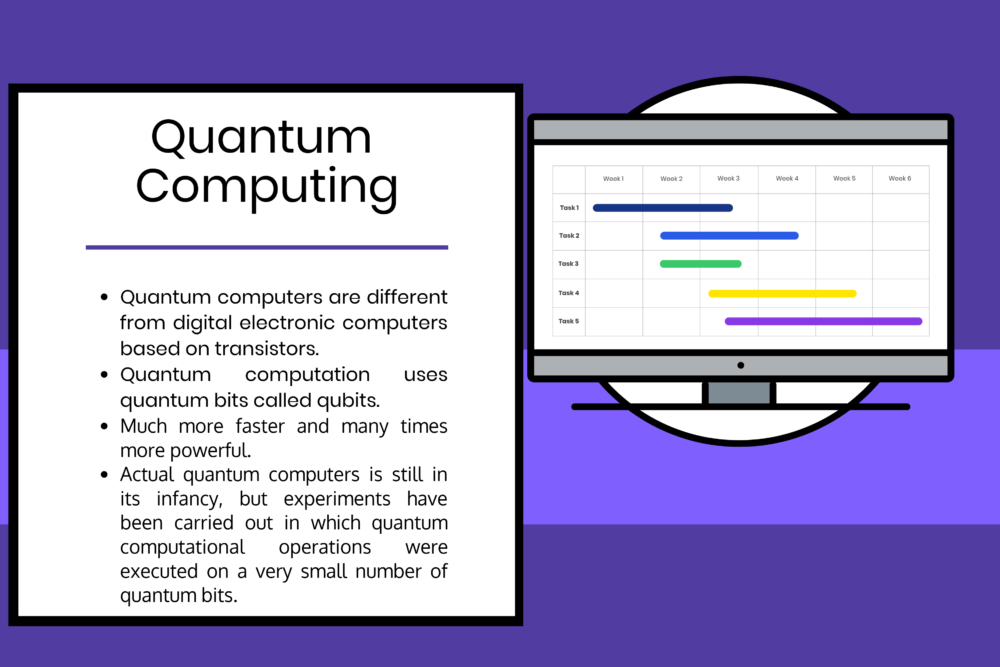 The field of quantum computing was initiated in 1980’s and Quantum computing is the biggest breakthrough in computer technology since the invention of the microprocessor. A classical computer has a memory made up of bits.Each bit is either off or on, designated by either a zero or a one.

Digital computers require data to be encoded into binary digits called bits, and each of which is always in one of two definite states either zero or one. Quantum computers are different from digital electronic computers based on transistors. These are made out of quantum particles that can be designated by a zero, one, or some kind of state in between. Quantum computation uses quantum bits called qubits. This can be in superpositions of states and hence qbits can have both values at the same time.

Quantum computer maintains a sequence of qubits and quantum Turing machine is a theoretical model of such a computer, which is also known as the universal quantum computer. In simple terms this means that quantum computers have the potential to be much more faster and many times more powerful than today’s computers.

The development of actual quantum computers is still in its infancy, but experiments have been carried out in which quantum computational operations were executed on a very small number of quantum bits. Many national governments and military agencies are funding quantum computing research in an effort to develop quantum computers for civilian, business, trade, environmental and national security purposes, such as cryptanalysis.

Technical Challenges in Quantum Computing are in creating systems that can run lots of qubits, minimizing the number of qubits needed to do any algorithm or calculation, and in developing advanced error correction capabilities.

Quantum Computing Playground is a browser-based WebGL Chrome Experiment. It features a GPU-accelerated quantum computer with a simple IDE interface, and its own scripting language with debugging and 3D quantum state visualization features. Quantum Computing Playground can efficiently simulate quantum registers up to 22 qubits, run Grover's and Shor's algorithms, and has a variety of quantum gates built into the scripting language itself. 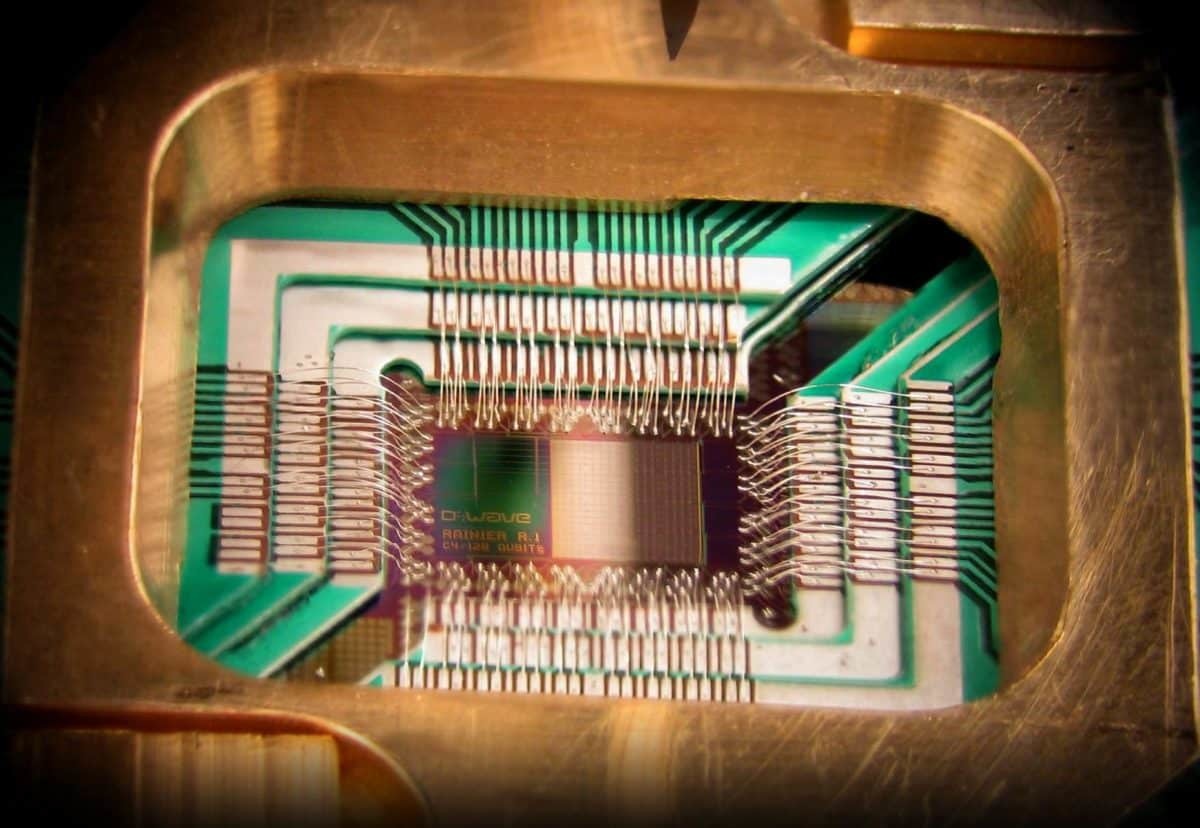 What is Quantum Computing

Microsoft Quantum Computing conducts theoretical and experimental approaches to creating quantum computers and employ researchers, theorists, and experimentalists from mathematics, physics, and computer science, in partnership with academic and research institutions around the globe. The mission is to advance our understanding of both quantum computing and its applications and implementation. 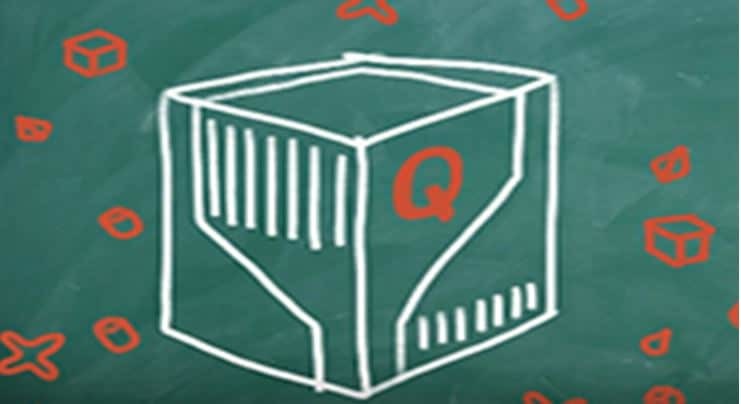 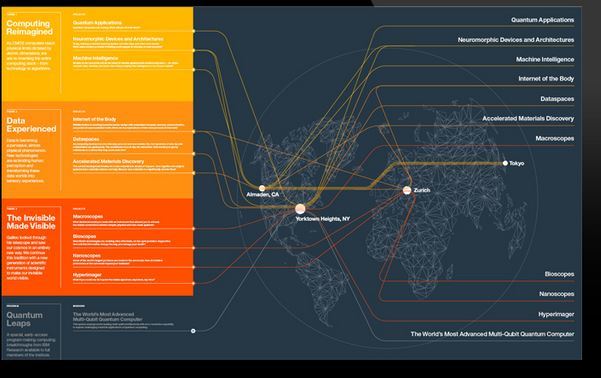 Quantum Artificial Intelligence Lab is a joint initiative of NASA, Universities Space Research Association, and Google (specifically, Google Research) whose goal is to pioneer research on how quantum computing might help with machine learning and other difficult computer science problems. The lab is hosted at NASA's Ames Research Center. 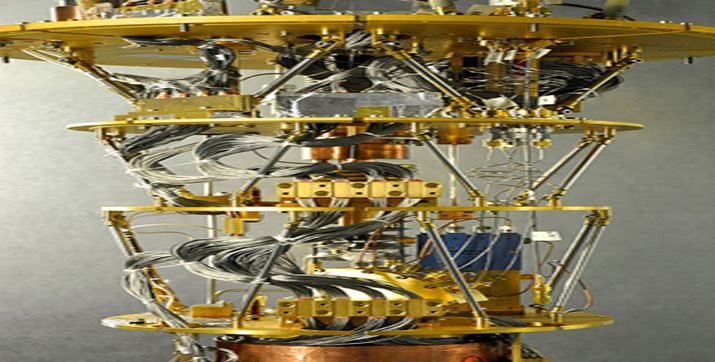 D-Wave Systems is the world's first quantum computing company. Our mission is to integrate new discoveries in physics, engineering, manufacturing, and computer science into breakthrough approaches to computation that help solve some of the world’s most complex challenges. 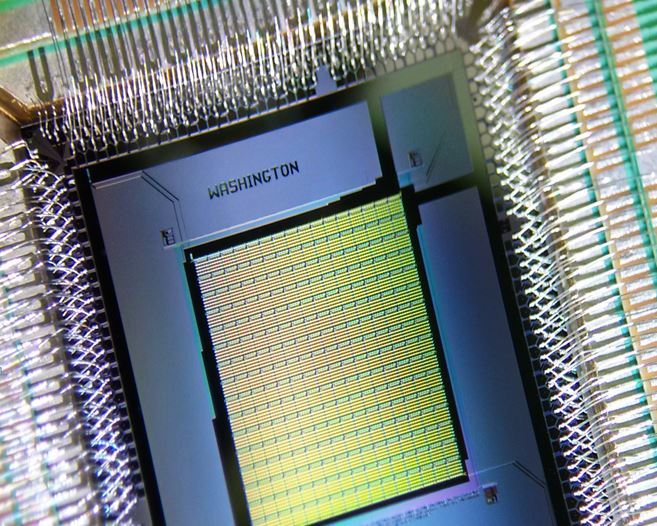 CRL currently consists of three research teams: Quantum Information, Speech Technology and Computer Vision. Close collaboration is undertaken with the Cavendish Laboratory and Engineering Department of the University of Cambridge, as well as other Toshiba R&D groups.

Intel has a 10-year collaboration with QuTech, an institute in the Netherlands formed in 2013 by Delft University of Technology and the Dutch Organization for Applied Research in Quantum Computers.

The Quantum Information Processing (QIP) Group is based in HP Laboratories, Bristol UK and is part of the Information and Quantum Systems Laboratory. Areas of interest include quantum computation, quantum cryptography, quantum teleportation and communication.

Alibaba Quantum Computing Laboratory is a research facility aims to take the study and applications of quantum theory to the next level, heralding new technologies and platforms for information security, connectivity and computing.

Rigetti Computing is a full-stack quantum computing company, that design and manufacture superconducting quantum integrated circuits and package and deploy those chips in a low temperature environment, and we build control systems to perform quantum logic operations on them.

IONQ is developing world-leading general-purpose quantum information processors. The unique trapped ion approach combines unmatched physical performance, perfect qubit replication, optical networkability, and highly-optimized algorithms to create a quantum computer that is as scalable as it is powerful and that will support a broad array of applications across a variety of industries.

Post-Quantum protects the world’s information against today’s threats and tomorrow’s challenges Specialising in innovative identity and cyber-security solutions, PQ brings its expertise in cryptography and data protection to solve access, approval, and oversight challenges for clients across sectors.

Cambridge Quantum Computing (CQC) is an independent company combining expertise in Quantum Information Processing, Artificial Intelligence, Optimisation and Pattern Recognition that design solutions that will benefit from quantum computing even in its earliest forms, and we have thus developed technologies that are realisable with classical computing and, in the future, with quantum computing.

Quantum Biosystems specialise in Application of quantum mechanics to the development of innovative single-molecule DNA sequencers.

D-Wave’s the 1000-qubit D-Wave 2X quantum computer, is an advanced quantum computer based on a novel type of superconducting processor that uses quantum mechanics to massively accelerate computation. It is best suited to tackling complex optimization problems that exist across many domains such as Optimization, Machine Learning, Pattern Recognition and Anomaly Detection, Financial Analysis and Software, Hardware Verification and Validation.

A quantum computer can process a superposition of many different classical inputs and produce a superposition of outputs and quantum parallelism can be utilized. This provides speed for financial analysis and transportation calculations.

Quantum cryptography provides perfectly secure cryptosystems, which are unbreakable by the laws of physics. Quantum key distribution, allows two people to exchange messages in such a way that any eavesdropping can be detected before eavesdroppers have a chance to obtain any secret information.

What is Quantum Computing?

Quantum computing is the biggest breakthrough in computer technology since the invention of the microprocessor. Quantum computation uses quantum bits called qubits. This can be in superpositions of states and hence qbits can have both values at the same time. Quantum computer maintains a sequence of qubits and quantum Turing machine is a theoretical model of such a computer, which is also known as the universal quantum computer.

What are the Top Quantum Computing Companies? 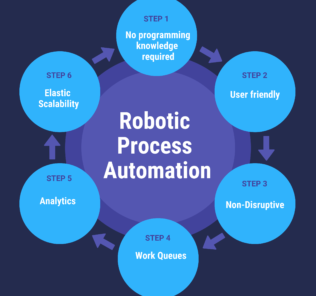 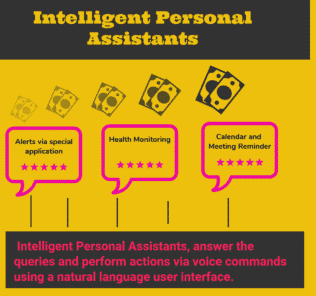 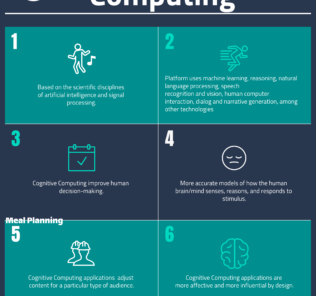 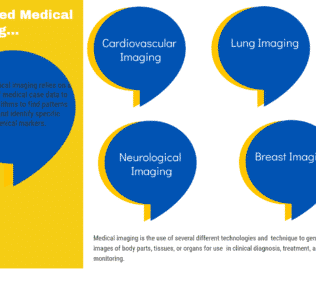 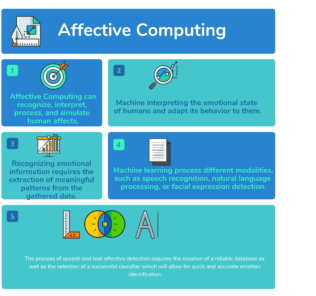