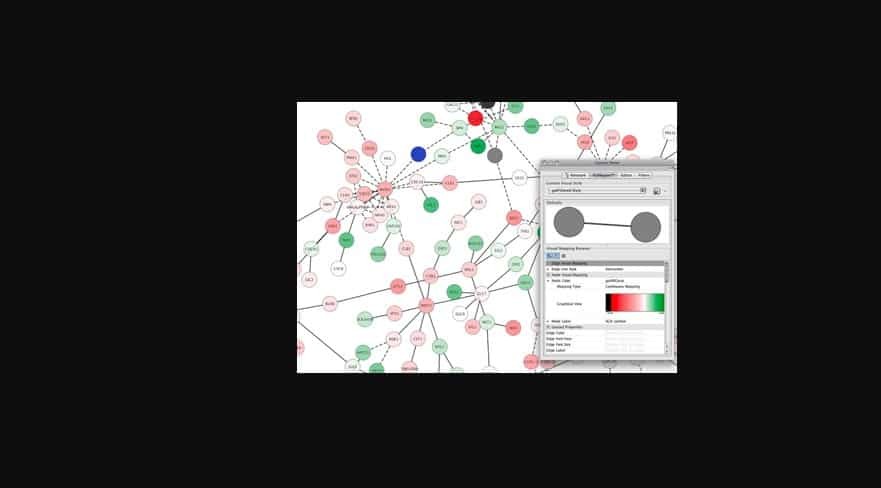 Cytoscape software visualizes complex networks and integrates them with any attribute data. It is an open source software which visualizes molecular interactions and biological pathways integrating them with annotations.

Cytoscape is an open source software which visualizes molecular interaction networks and biological pathways and integrates them with annotations, gene expression profiles, and other state data.

8.0
Editor Rating
7.8
Aggregated User Rating
4 ratings
You have rated this

Cytoscape software visualizes complex networks and integrates them with any attribute data. It is an open source software which visualizes molecular interactions and biological pathways integrating them with annotations, profiles of gene expressions and other types of state data. Originally designed for biological research, the software is now a general platform for visualization and complex network analysis. The software contains features for data integration, visualization, and analysis with other applications as additional features. The Apps are designed for molecular and network profile analyses, scripting, additional file format support and database connections.

Cytoscape 3 is the mainstream for Cytoscape software with modular architecture designed for long term maintainability. Cytoscape 3 is a java application for the desktop for visualization and large network analysis. It has a user interface with advanced visualization functions, command-line distributions, multiple engine support and RESTful API. The software supports many standard networks and file formats. The software allows a user to import data enabling the loading and saving of arbitrary attributes on edges, nodes, and networks.Cytoscape directly connects to external databases and imports annotation data and networks acting as a web service client. Cytoscape software also loads files and texts for other bioinformatics using networks generated by igraph or Bioconductor.

The Cytoscape session feature available in the software saves information in a click. It contains settings, visualizations and data files. It contains logarithms including cyclic, edge weight, force directed and yfiles organic layouts. The software exports data as publishable quality images. It is also possible to modify vector images using the available applications such as adobe illustrator. The software allows the filter of nodes based on current data. Filtering results create new networks. There are visual styles in the software features used for customizing network data display. One can also find modules and clusters by screening networks against gene expression data. Most Cytoscape's features allow other languages using two-byte characters including eastern Asian languages excluding English.