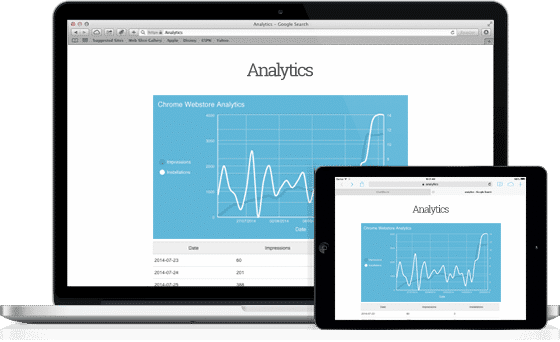 No coding required. Build a chart in minutes in the easy to use chart designer, choosing from dozens of chart types and then customising it to your needs.

•Provides opportunity to import data instantly
•Chart building wizard to pick the right data for your chart.
•Allows you to control almost every aspect of your chart
•Hundreds of customization options.

•Provides opportunity to import data instantly
•Chart building wizard to pick the right data for your chart.
•Allows you to control almost every aspect of your chart
•Hundreds of customization options.

Pull in data from almost any source and even create charts that pull data from multiple sources. The data import wizard will take you through the process step by step.

7.8
Editor Rating
7.9
Aggregated User Rating
4 ratings
You have rated this

ChartBlocks picks the correct part of the data to formulate a chart and guides the entire import process. It can import data from almost any source. It boosts several sharing tools that place the chart on the website and share it immediately.

It has hundreds of options to customize and design that control different aspect of the chart. The Wizard feature uses the simple chart building wizard to select and pick the right data for the chart. The data import options in ChartBlocks allow the data to be imported quickly from any source. It helps to Import the correct data from the target source and designs the chart. And all this happens within minutes.

No coding of any sort is required to make a chart. On it a chart can be easily built in minutes, along with the provision of an opportunity to use chart designer and choose from dozens of chart types, which may also be customized according to need.

It also allows pulling in data from almost any source and creates charts using it. The data import wizard moves through the process step by step. It embeds charts into any website of choice and quickly shares them.

The built in social media sharing tools also have the same sharing feature. It is known to directly integrate with Facebook and Twitter. It is also equipped with the feature that allows the export of the charts in the form of editable vectors and graphics. This allows them to embed the data in Illustrator and other graphics packages. It can build charts with complete independence and fully featured personal plans.