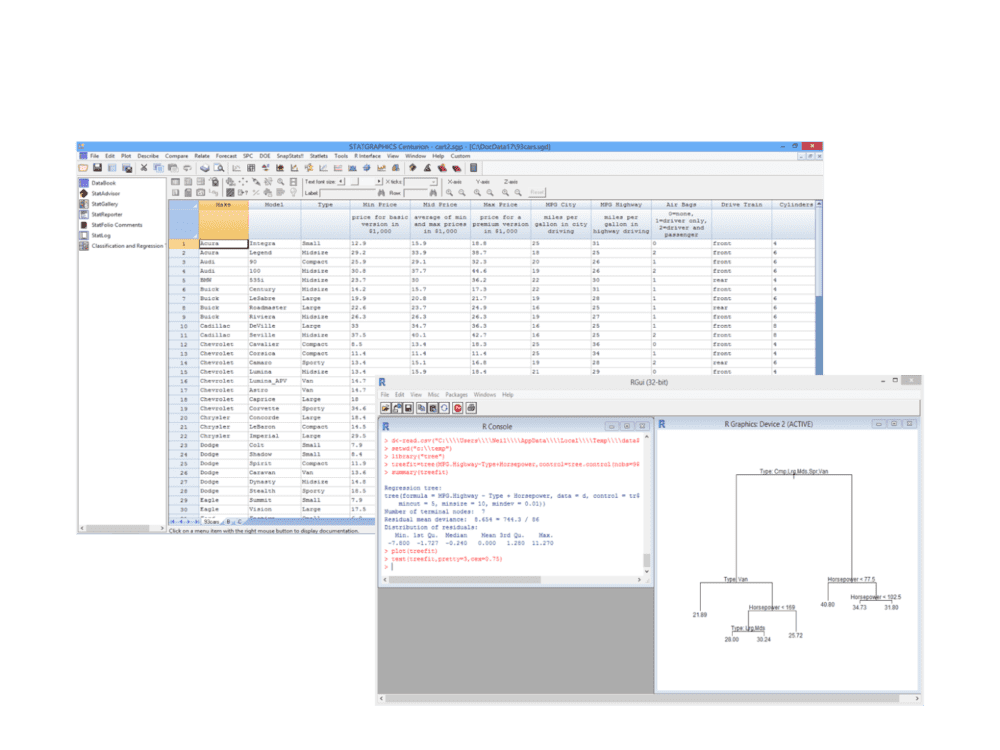 7.6
Editor Rating
8.5
Aggregated User Rating
2 ratings
You have rated this

The Correlation Plot (also called a corrgram) displays the estimated correlations or partial correlations for a set of quantitative variables in the form of a matrix with colored cells. If desired, only cells with statistically significant correlations will be displayed.New control charts have been added to monitor over dispersed rates and proportions. Tests have been added to the existing P and U charts to determine when these charts should be used.

This new Statlet indicates the status of multiple variables by displaying how much they deviate from their respective means. The primary format shows each variable using a vertical bar, the color of which indicates how many standard deviations the variable is from its mean.

The controls on the Statlet toolbar interactively change the time period for which the data is displayed.The Map by State procedure has been renamed Demographic Map and moved to the Plot menu. It can now create maps for any regions defined by a BNA boundary file. A new gradient fill may be used to indicate the level of a selected quantitative variable.