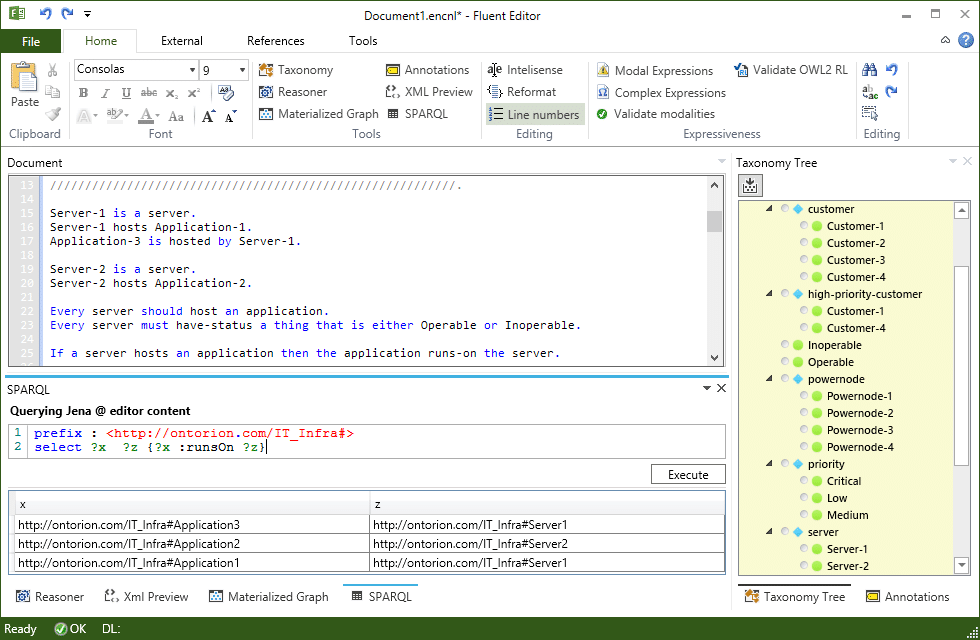 Fluent Editor 2014 is a comprehensive tool for editing and manipulating complex ontologies that uses Controlled Natural Language. Fluent editor provides one with a more suitable for human users alternative to XML based OWL editors. Its main feature is the usage of Controlled English as a knowledge modeling language. Supported via Predictive Editor, it prohibits one from entering any sentence that is grammatically or morphologically incorrect and actively helps the user during sentence writing. The Controlled English is a subset of English with restricted grammar and vocabulary in order to reduce the ambiguity and complexity of the language.

To bring a more efficient way to create and manipulate complex ontologies, Cognitum embedded SPARQL engine. With only one click users can materialize using selected reasoned ontology and available for SPARQL queries. For a quick insight into instances and their relations in ontology, Cognitum added Materialized Graph insight. Now ontology can be also materialized and explored with OCNL , simple natural language queries. The OWL 2 RL profile was introduced for applications that require scalable reasoning without sacrificing too much expressive power. Fluent Editor allows users quickly validate ontology for compatibility with the profile and in case of an unconformity, it will assist users showing the exact reason.

Efficient collaborative knowledge editing is a real problem for several organizations. Responding to customer needs, Cognitum implemented free text natural language annotations for defined terms in SKOS, which is Simple Knowledge Organization System. It is a standardized way of represent controlled vocabularies, taxonomies and thesauri. Specifically, SKOS itself is OWL ontology and it can be written out in any RDF syntax. Fluent Editor allows now to work and edit directly OWL annotations and SKOS. Annotations will processed also for referenced ontologies as well as imported/exported to OWL/RDF and can be processed on the server, so the whole process is much more efficient. Fluent Editor 2014 also offers a direct integration with the Protégé. Cognitum added R language package in order to run analytical computations over ontologies with the open source language R and its Controlled Natural Language.

“We are proud, that this year it is already a second big release of Fluent Editor 2014. It shows that we work very hard to understand problems that our client struggle with and develop our product that satisfy the needs of the most demanding users,” stated Pawel Zarzycki, CEO of Cognitum.

With this release Fluent Editor, can be used as a full-featured tool to edit and manage ontologies with an Ontorion Server database. Users get all in one place: OWL/SWRL modularized editing, XML preview, annotations, remote taxonomy tree, remote SPARQL endpoint and server status. Multiple users can work with A-Box and T-Box on the server in a collaborative way. 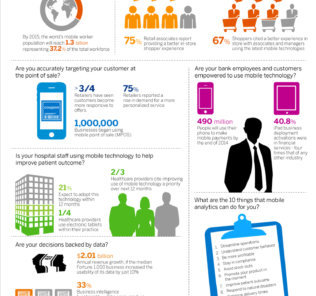 What is Bigdata ?
Read More 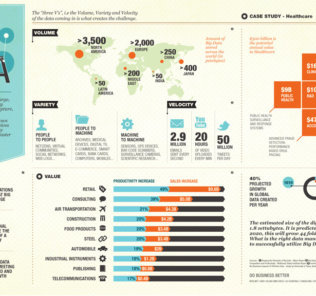 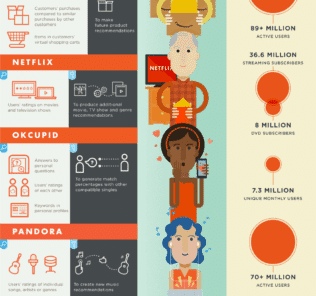