Scalability and User Control with ClustrixDB 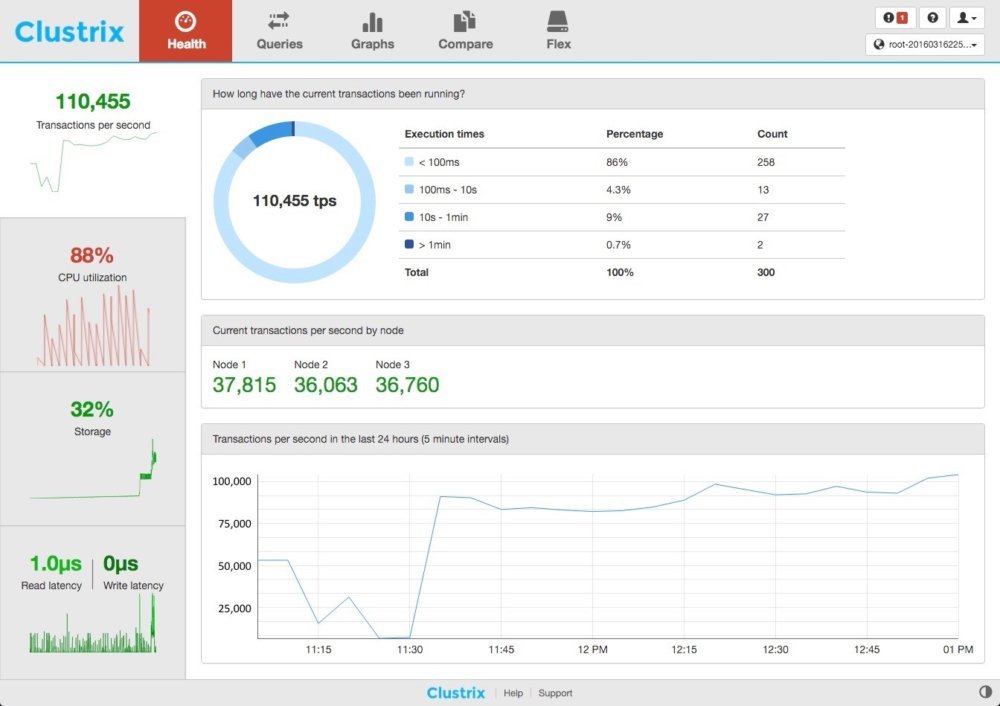 Clustrix, is the provider of the scale-out relational database designed to meet the high-volume online transaction needs of e-commerce and other web applications, announced the release of version 7.5 of its flagship database ClustrixDB. The new version incorporates improvements to the database’s core scaling functionality, introduces a browser-based user interface (UI) with improved tools for identifying and managing bottlenecks and offers a wider range of options around data durability.

7.5’s UI includes tools that allow administrators more control and visibility for increasing and decreasing database resources in response to changes in demand. According to Clustrix CEO Mike Azevedo, such scalability is essential in many industries with high value workloads.

“Most of our customers in spaces like e-commerce, IoT and gaming are facing skyrocketing demands on their databases, whether it is from increases in seasonal consumer activity, rapid customer growth or other business forces that result in very large workloads,” said Azevedo. “ClustrixDB’s new user interface allows customers to add and subtract nodes more easily—and, thus, scale out more quickly—than ever.”

The version also includes under-the-hood improvements that augment ClustrixDB’s scaling potential, including better distribution of workloads and improved speed for functions like indexing, adding columns and re-slicing the database.

ClustrixDB has long offered compliance with the strict durability component of ACID standards, allowing the database to be used for high-accuracy applications, including those that handle millions of concurrent e-commerce transactions. But for customers that might have more flexibility, version 7.5 allows users to choose less-stringent durability standards.

“For our core business in industries that deal with high-value transactions, ACID compliance is often a must,” said Azevedo. “But we recognize that this isn’t true of all transactions being processed by ClustrixDB. The ability to tailor the database to non–ACID transactions will help customers uncover a new source of performance.”