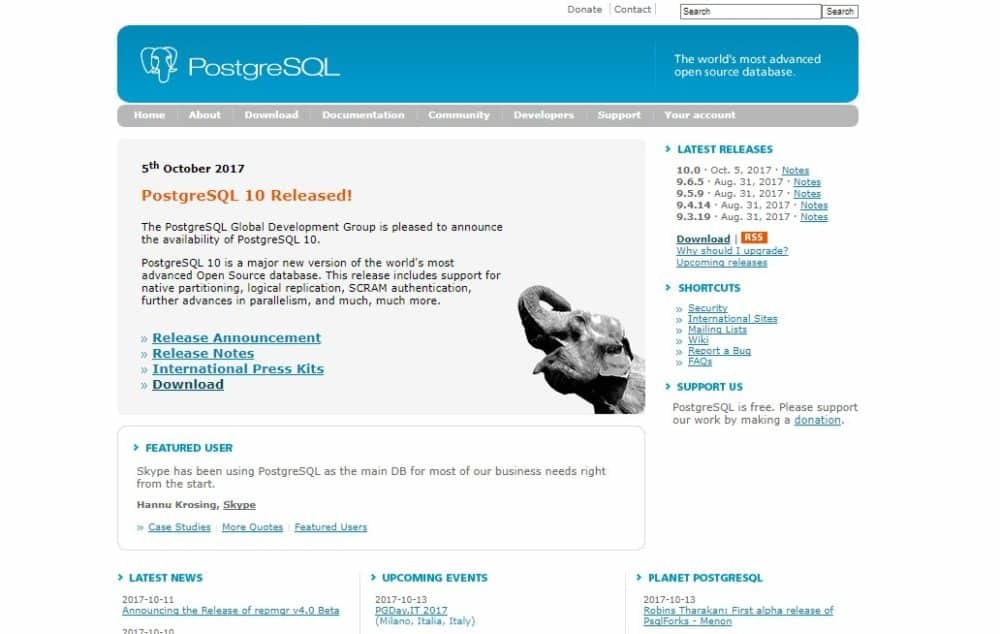 PostgreSQL is a powerful open source object-relational database system. It has a strong reputation in terms of reliability, data integrity, and correctness.

• Immunity to over-deployment
• Better support than the proprietary vendors
• Significant saving on staffing costs
• Legendary reliability and stability
• The source code is available to all at no charge
• Its cross platform meaning its available for almost every brand of Unix and Windows compatibility is available via the Cygwin framework.
• Designed for high volume environments
• GUI database design and administration tools

7.6
Editor Rating
8.2
Aggregated User Rating
5 ratings
You have rated this

PostgreSQL is a powerful open source object-relational database system. It has a strong reputation in terms of reliability, data integrity, and correctness. It runs on all major operating systems, including Linux, UNIX (AIX, BSD, HP-UX, SGI IRIX, macOS, Solaris, Tru64) and Windows. It is a development platform which allows developing in-house, web, or commercial software products that require a capable RDBMS. It is highly scalable both in the sheer quantity of data it can manage and in the number of concurrent users it can accommodate. It has a fully relational system catalog that supports multiple schemas per database. It also has a catalog that is accessible through the information schema. It has a rules system that’s also known a query rewrite system that allows the database designer to create rules which identify specific operations for a given table or view, and dynamically transform them into alternate operations when they are processed. It has a framework that allows developers to define and create their own custom data types along with supporting functions and operators that define their behavior. It also has many library interfaces that allow various languages both compiled and interpreted. Its source code is available under a liberal open source license that gives one the freedom to use, modify and distribute PostgreSQL in any form, open or closed.