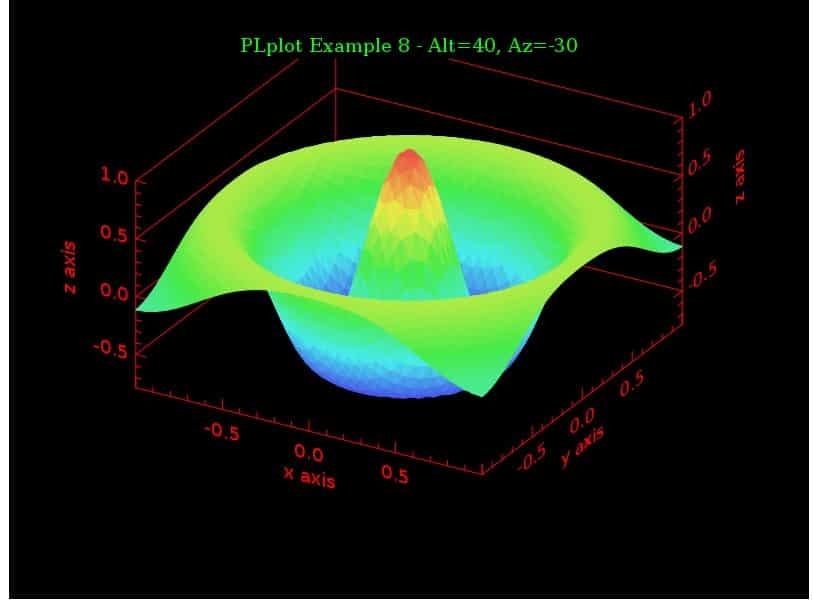 PDL ("Perl Data Language") gives standard Perl the ability to compactly store and speedily manipulate the large N-dimensional data arrays which are the bread and butter of scientific computing.

•Low-level and a high-level interface
•Various plots using the high-level, object-oriented interface
•Number of basic plots, I will explain how to plot multiple data sets
•Drawing canvas for plotting, how to create histograms
•Annotate your plots with text

•Low-level and a high-level interface
•Various plots using the high-level, object-oriented interface
•Number of basic plots, I will explain how to plot multiple data sets
•Drawing canvas for plotting, how to create histograms

Perl Data Language is an open and free software containing a complete set of array programming extensions that contains distinct features which provide abilities important to the functioning of standard Perl.

7.5
Editor Rating
9.1
Aggregated User Rating
3 ratings
You have rated this

Perl Data Language is a complete suite of free software array programming extensions that provides the standard Perl with abilities to quickly manipulate and store the large N-dimensional data arrays that are based on the foundation of scientific computing. Perl Data Language enables users of MATLAB and Scilab to understand how to use PDL from their own point of view.

PDL uses concepts of “slicing” and “indexing” as the core of numerical analysis they perform, therefore they provide the PDL indexing feature to explain to users how these concepts are used. The threading feature is the same as “vectorizing on steroids” therefor enabling users to make quick and compact coding so as to avoid nested loops. Perl Data Language also features the BadValues feature that users can use to identify whether a value is “missing” or “bad”.

The Tips feature contains an a assorted page of collection programming tidbits that is useful to users using PDL as the tips provided help the users write their programs. Perl Data Language features the PP or Pre-Processor feature that is the most powerful PDL feature.

The Pre-Processor feature provides users with a good platform to write a function definition in special markups. The Pre-Processor then generates real C code which can be compiled. The API feature explains to users how manual creation of piddle either from C/XC code or from Perl is done. The internals feature is an important feature to PDL developers. The internals feature provides a description of the inner processes of the Perl Data Language.