Orbeon Forms is a form builder application that gives the solutions to build and deploy web forms. Orbeon Forms uses extensive collections of forms and complex validation to handle large forms and typical situations of governments and enterprise.

• Build forms right from your browser
• Supports repeating sections and tables
• Generate PDF automatically or from a template
• Define validation rules for your form fields, specifying errors, warnings, and alert messages to display

Orbeon Forms is a form builder application that provides a web app and solutions for building and deploying web forms right from the browser without the need of any additional plugins or client software.

7.6
Editor Rating
7.8
Aggregated User Rating
3 ratings
You have rated this

Orbeon Forms is a form builder application that gives the solutions to build and deploy web forms. Orbeon Forms uses extensive collections of forms and complex validation to handle large forms and typical situations of governments and enterprise. Orbeon Forms offer users with a web app that allows them to visually design forms right from their browser without the need of any additional plugins or client software. Orbeon Forms uses standard web technologies to implement the forms created and allows users to access them from mobile devices, laptops, and desktops. Some of the primary features of Orbeon Forms include internationalization, access control, multi-page forms, a server stack, and liferay support. The access control feature provides the role-based permissions that allow users to have control over creating, viewing, updating, or deleting forms. The internationalization feature facilitates localization of forms directly in the form builder and provision of translation for field labels. The multi-page forms feature allows splitting of larger forms into multiple pages and creating of wizards that guide the users. The Liferay support feature enables running of the created forms then leveraging them. Orbeon Forms through the accessibility feature automatically presents every forms users create in the form builder without the use of JavaScript. Orbeon Forms also allows users to generate PDF’s from the PDF template. The form builder provided by Orbeon Forms enables the creation of forms that allows repeating of multiple group field. The form builder also facilitates setting of minimum and maximum number of items in the forms to allow users add items till the maximum. Orbeon Forms also allows users to reorder the added items for their convenience. 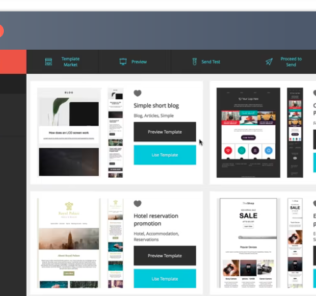