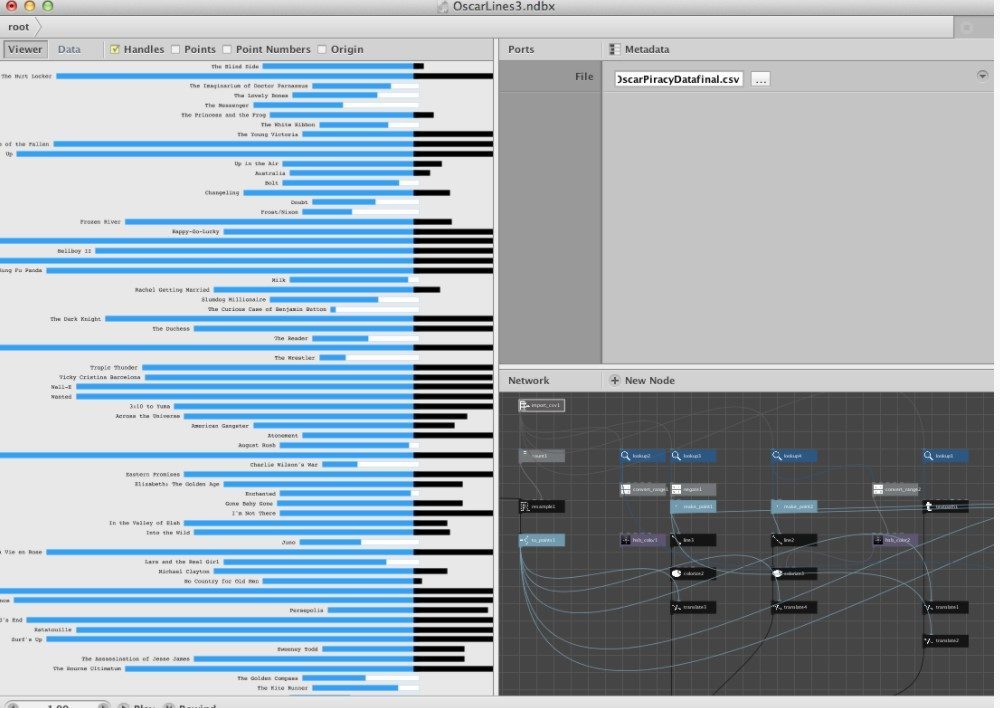 • Ideal for rapid data visualization
• Animations
• Friendly Face
• Customize the functionality of existing nodes or to build your own from scratch.

• Ideal for rapid data visualization
• Animations
• Friendly Face
• Customize the functionality of existing nodes or to build your own from scratch.

Nodebox offers open-source tools which enable designers to automate boring production challenges, visualize large sets of data and access the raw power of the computer without thinking in ones and zeroes.

7.9
Editor Rating
8.5
Aggregated User Rating
3 ratings
You have rated this

NodeBox is an easy-to-use, efficient, and fast node-based software application which makes it easy to do data visualizations, generative design and complex production challenges.

Nodebox lets users code in Python instead of Java where Nodebox comes with a lot of built-in tools such as flocking, particle systems and graphs and an easy access to all the tools available in Python.

NodeBox not only supports simple forms such as rectangles, ovals, stars, and arrows, but also Bezier paths in general. NodeBox also supports images and text with line wrapping and users can specify fill and stroke colors using RGB, HSB or CMYK, all with alpha transparency.

NodeBox has a large set of external libraries such as the SVG library for importing SVG paths, the Bezier editor for drawing right inside of the application, and Core Image for doing Photoshop-like image manipulations like layers with blending modes, color changes and filters using the OS X Core Image library, which is hardware accelerated.

The NodeBox has a document window which consists of the Viewer Pane which shows the composition the user is working on, the Parameters Pane which allows users to adjust the parameter values of a node, the Network Pane which shows all nodes and their connections and the Source Pane which contains the source code of the currently selected node.