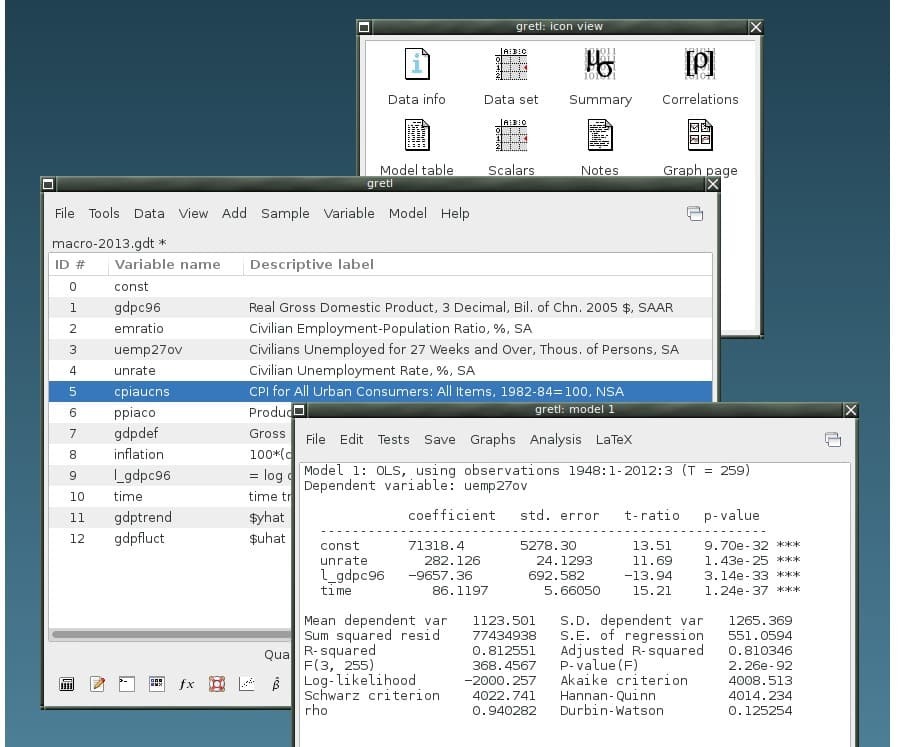 Gretl is an econometrics package which includes a shared library, a command-line client program and a graphical user interface.

7.5
Editor Rating
5.7
Aggregated User Rating
11 ratings
You have rated this

Gretl oﬀers an intuitive user interface which is very easy to get up and running with econometric analysis and oﬀers many practice data ﬁles and command scripts that are well annotated and accessible and two other useful resources for gretl users such as documentation and the gretl users’ mailing list. Gretl’s “home” platform is Linux but it is also available for MS Windows and Mac OS X, and should work on any unix-like system that has the appropriate basic libraries for users.