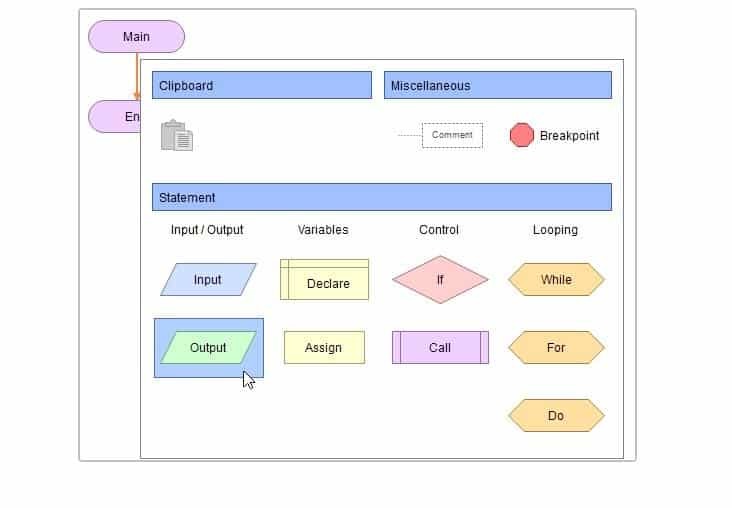 Flowgorithm is a free application that helps to create programs using simple flowcharts.

7.8
Editor Rating
8.2
Aggregated User Rating
12 ratings
You have rated this

Flowgorithm is a free application that helps to create programs using simple flowcharts. Typically, programs are written using a text editor. Depending on the programming language, this can be either easy or quite difficult for a beginning programmer. Many languages require you to write lines upon lines of confusing code just to get it to display "Hello, world!”.

However, using Flowgorithm, the user can use shapes to represent the different actions that are needed for the created program to perform. So, the user can concentrate on the algorithm rather than all the nuances and details of a typical programming language. This makes Flowgorithm extremely useful for beginner programmers and it simplifies the whole process and makes it easier to understand.

The user can execute the programs directly in Flowgorithm. But, if the user is not a beginner then Flowgorithm can adapt. If the user wants to learn a high-level programming language, Flowgorithm can convert the flowchart to many popular languages. These include: C#, C++, Delphi/Pascal, Java, JavaScript, Lua, Perl, Python, QBasic, Ruby, Swift 2, Visual Basic .NET, and Visual Basic for Applications (used in Office).

This makes it an ideal programming product for anyone as it can be used whether the user is a beginner or more advanced. Flowgorithm supports multiple spoken languages. These include: Arabic, Chinese, Czech, French, Galician, German, Hungarian, Italian, Japanese, Mongolian, Polish, Portuguese, Russian, Spanish, Slovenian, Thai, and Turkish. Flowgorithm is currently available for Microsoft Windows and will be available for Linux and Mac in the near future.