Big data to predict off shore accidents, tsunamis and other natural disasters 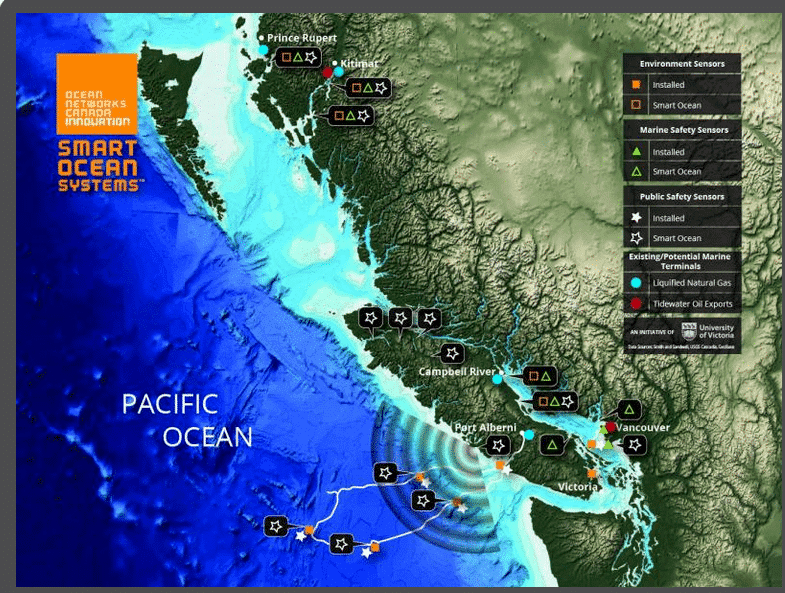 Big data to predict off shore accidents, tsunamis and other natural disasters: Big data to help British Columbia with a monitoring and prediction system to respond to off shore accidents, tsunamis and other natural disasters. Smart Oceans BC is a project that leverages the unique capabilities of the world’s most advanced cabled ocean observatories to inform public safety, marine safety and environmental monitoring. Smart Oceans BC will use marine sensors and data analysis to enhance environmental stewardship and public and marine safety along Canada’s West coast. It will monitor vessel traffic, waves, currents and water quality in major shipping arteries and will include a system to predict the impact of off-shore earthquakes, tsunamis, storm surge, and underwater landslides.

Ocean Networks Canada (ONC) will use an IBM, on premise cloud to run simulations on earthquakes and tsunamis with a goal of predicting their behaviour and potential impact on coastal areas. This information will benefit a broad spectrum of audiences from public safety agencies to public transportation, tourism, and other industries operating in the area.

The project is funded from Western Economic Diversification, which is providing ($9.1M) over 3 years to assist with the purchase and initial installation of the initial infrastructure required to deliver Smart Oceans BC.IBM Canada is providing significant investments to enhance the data analytics capacity required to support Smart Oceans BC. Smart Oceans BC is built upon the existing Ocean Networks Canada infrastructure and operations, developed over the past ten years. ONC, which is the University of Victoria’s largest research project, already operates the world’s most advanced cabled ocean observatories off BC’s coast. IBM is investing $12 million in cloud computing infrastructure, analytics software, services and skills training to support this next phase of the system, which will position Canada as a global leader in ocean technology. 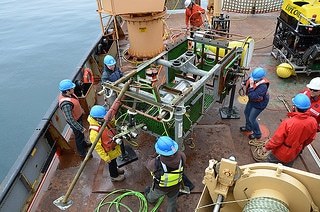 Smart Oceans BC
Reviews
Leave a Review
like
What's your reaction?
Love It
13%
Very Good
13%
INTERESTED
25%
COOL
13%
NOT BAD
13%
WHAT !
13%
HATE IT
13%
Posted In
Industry News
Tags
ibm
ibm
You might also like
Industry News
MORE
Read More