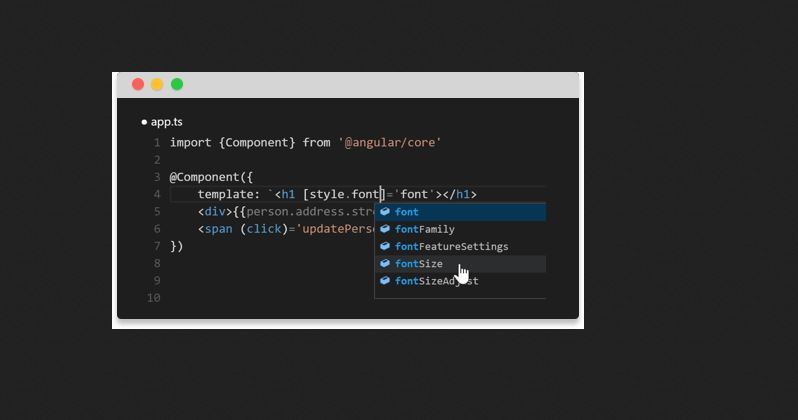 Angular build features quickly with simple, declarative templates. Extend the template language with your own components and use a wide array of existing components. Get immediate Angular-specific help and feedback with nearly every IDE and editor.

7.6
Editor Rating
6.7
Aggregated User Rating
6 ratings
You have rated this

AngularJS is a complete JavaScript-based open-source front-end web application framework maintained by Google to develop single-page applications. The JavaScript components complement Apache Cordova (a framework used for developing cross-platform mobile apps). It simplifies both the development and testing of such applications by providing a framework for client-side model–view–controller (MVC) and model–view–viewmodel (MVVM) architectures, in addition to components commonly used in widely-used Internet applications. The AngularJS framework operates by first reading the HTML page, embedded with additional custom tag attributes. Angular’s job is to interpret those attributes as directives to bind input or output parts of the page to a model represented by standard JavaScript variables. The values of these JavaScript variables is manually set within the code. AngularJS is used on websites such as Wolfram Alpha, NBC, Walgreens, Intel, Sprint, ABC News, in addition to approximately 12,000 other sites. The MEAN stack consists of AngularJS as its frontend part, consisting of MongoDB database, Express.js web application server framework, Angular.js itself, and Node.js runtime environment. AngularJS' two-way data binding is its prominent function, largely discharging the server backend of templating responsibilities. But instead, the templates are reduced in plain HTML according to data contained in a scope defined in the set model. The existing stable release of AngularJS is 1.5.8. AngularJS can set ultimate paradigm of a digest cycle. And this cycle is basically like a loop, during which AngularJS checks if there is any change to all the variables watched by all the $scopes. Because of this, approach, the software potentially leads to slow rendering when AngularJS checks on too many variables in the $scope every cycle.